So over the past nine months we've been working on a turn based space strategy game in the vein of Stardrive, Endless Space, Galactic Civilizations and Master of Orion called Lord of Rigel. Basically we're taking everything we like, tossing out what we disliked, and really focusing on the end game which is always a bit of a weakness in these sorts of games. Having a Babylon 5 style cold war with two elder species is our answer, basically trying to do what Master of Orion 3 was aiming for with the New Orions and Galactic Council. The big thing separating us from the flock comes down to fleshing out the universe and a focus on the end game.

We're developing this for PC, Mac OS, and Linux.

Who are we?
Rhombus Studios, a relatively small company in Bellingham WA with a mix of people with industry experience in PC and mobile platforms but this is still a rather ambitious project for us. Past projects team members have done include Diaspora the freeware Battlestar Galactica space sim, Red Front for iOS, Battlestar Galactica Online, pre-production on Crytek games, and film.

What are we currently working on?
We released the tactical demo, and our crowdfunding campaign drew more attention than ever before. We're working towards our summer release of the game. So for today, wanted to share the Tharrn and a screen shot: We also have our weekly game progress status update. This weekend has been a bit insane due to a massive power outage hitting northwest Washington but we're still chugging along:
http://www.lordofrigel.com/status/statu ... -82292015/

We also posted up an article on the ship designer and how it works!

Here's how the research screen is progressing: Some new music has just been added to our Soundcloud page including the full galactic news theme we'll be using in game:
https://soundcloud.com/rhombustudios/ga ... work-theme

Our composer also wrote up an article on how some music pieces are progressing:
http://www.lordofrigel.com/news/composi ... us-update/
Top

Showing off some brand new art, the Yalkai researcher: Today we have a new article covering the design of the Tulock fleet (seen above), our silicon based species!
http://www.lordofrigel.com/news/ship-de ... et-design/

Quite a bit of work went into giving our resident rockeaters a unique fleet to reflect their culture.
Top

Today's big update is discussing FTL tech in Lord of Rigel and how it ties to gameplay. For the main game it's a MOO1 and MOO2 style warp, no starlanes. Which separates us out significantly from other current games.
http://www.lordofrigel.com/news/design- ... -ftl-tech/

Also, a wallpaper "summarizing" the Humans! We have a new article by our musician covering the composition of special scene music in Lord of Rigel:
http://www.lordofrigel.com/news/composi ... ne-tracks/

To show off something new, here's a work in progress image of a Tulock soldier: What happens if you mix an Alkari, a Meklar, and the Harkonnens? (with a good dose of Cardassian) Xantus fleet scale image. Their ships are generally a little smaller than other species, and their designs have a lot of curves to reflect their being shapeshifters.

Showing off a 3d version, their smaller ships are heavily inspired from the Klingons, Romulans, and Cardassians:
Ornithon frigate (View in 3D) 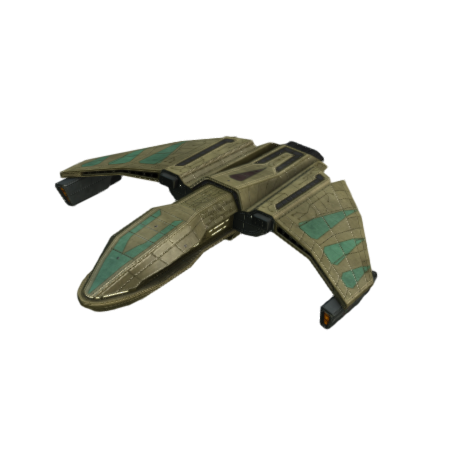 Also right off the presses is the Xantus diplomat, a little closer to their "natural" form since they're shapeshifters: Today's big day on updates, Explorminate has posted part 1 of a three part series showing the pre-alpha build of the game:
https://www.youtube.com/watch?v=ZCe8t8I ... e=youtu.be

We also have an article covering the ground combat mechanics in Lord of Rigel:
http://www.lordofrigel.com/news/design- ... nd-combat/ I've completely held of commenting on this thread but, well, really?

Mammary glands as secondary sexual characteristics are incredibly rare on Earth, TV SF kinda has to have them because, well, actors do, but in a video game?

Any code or patches in anything posted here is released under the CC and GPL licences in use for the FO project.
Top
Post Reply
105 posts